Sting, who is now known as Whiskey, was a long-term pup who spent about three months in our care. Whiskey was originally a resident of our Carson City Shelter and was transferred up to our Reno Shelter to get even more hands-on training. With the absence of the PUPS program that ran at Warm Springs Correctional Center for our dogs, Zoom Room stepped up to help.

They have an open Friday session just for our dogs, where a volunteer or staff member can go and work on training with our dogs. Many of the dogs that need the most help getting adopted also need a training environment where they can be the only pet, and Zoom Room accommodates this. This was the case for Whiskey. He continuously went to Zoom Room to do training and learn new skills with one of our team members. He learned to work on more of his manners, and to be excited without getting too worked up.

When his adopters first came to visit him, they also met with our team about his needs and follow-up training. They were shown all the tricks that he was already working on, as well as how to go about continuing training at Zoom Room.

Zoom Room also provides a free training card to dogs that are adopted from our shelters so they can go back for a session with their new family. 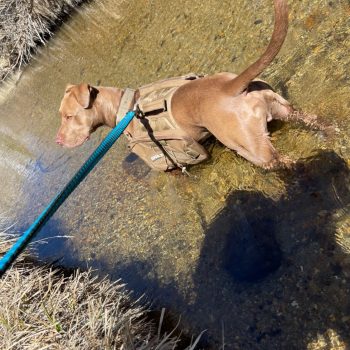 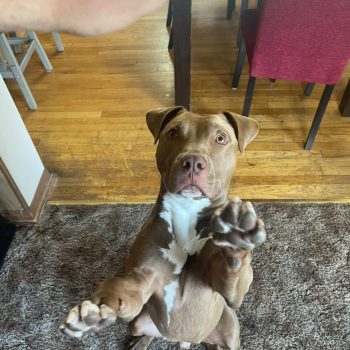 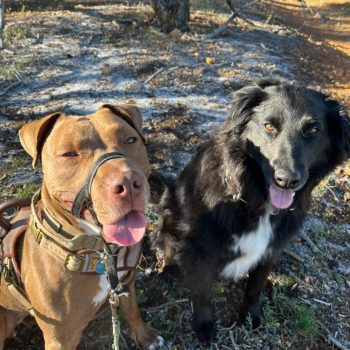 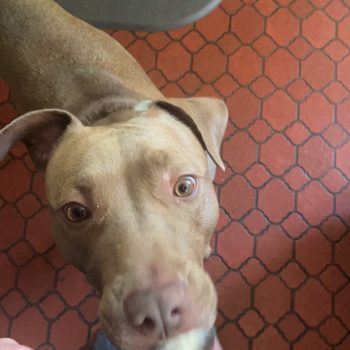 Since he was adopted, he has kept up with his training and learned even more skills, he is one intelligent dog!

“He still knows all of his tricks that [NHS Team Member] Josh taught him, and we added a few since including “hug”, “middle”, “place”, “leave it” and “spin”. He learns quickly and he even rings a bell to go outside and go potty.” – Whiskey’s Adopter.

Some people might be intimidated by the training and work that comes with a dog that needs a little more hands-on love, but Whiskey’s new family never skipped a beat. They have given him not only a home and unconditional love, but the attention he deserved.

He loves one of their parent’s dogs, Lola who was also a rescue from Nevada Humane Society a few years ago.

“He loves water, playing fetch, and he is a PRO at destroying toys. We even hide his treats around the house and he knows how to “hide and seek.” While his house behavior is basically perfect, we are training him on his reactivity with runners and dogs when we take him out. Thank you guys so much for all the work you did to rescue him and make him adoptable. He has the biggest personality, and we cannot imagine our lives without him!” – Whiskey’s Adopter.

If you are interested in adding a new member to your family, visit our Reno and Carson City Adoption Pages.