Carson City, an independent city of almost 60,000 residents, lies 30 miles south of Reno and adjacent to Washoe County, the primary service area of NHS. CCAS is responsible for community pet adoptions as well as dog licensing, bite investigations, reporting lost and found animals and enforcement of state and local animal regulations, except wildlife. Though geographically close to Washoe County, Carson City is currently worlds away in its lifesaving animal efforts. NHS is committed to helping CCAS significantly boost its live release rate as well as streamline operations for more effective service delivery.

When Nevada Humane Society officially assumed leadership of animal services in neighboring Carson City on October 1, 2014, we did so with one goal in mind: to transform Nevada’s capital city into the state’s second metropolitan area to become a no-kill community, where all healthy, treatable, and rehabilitatable animals are saved. 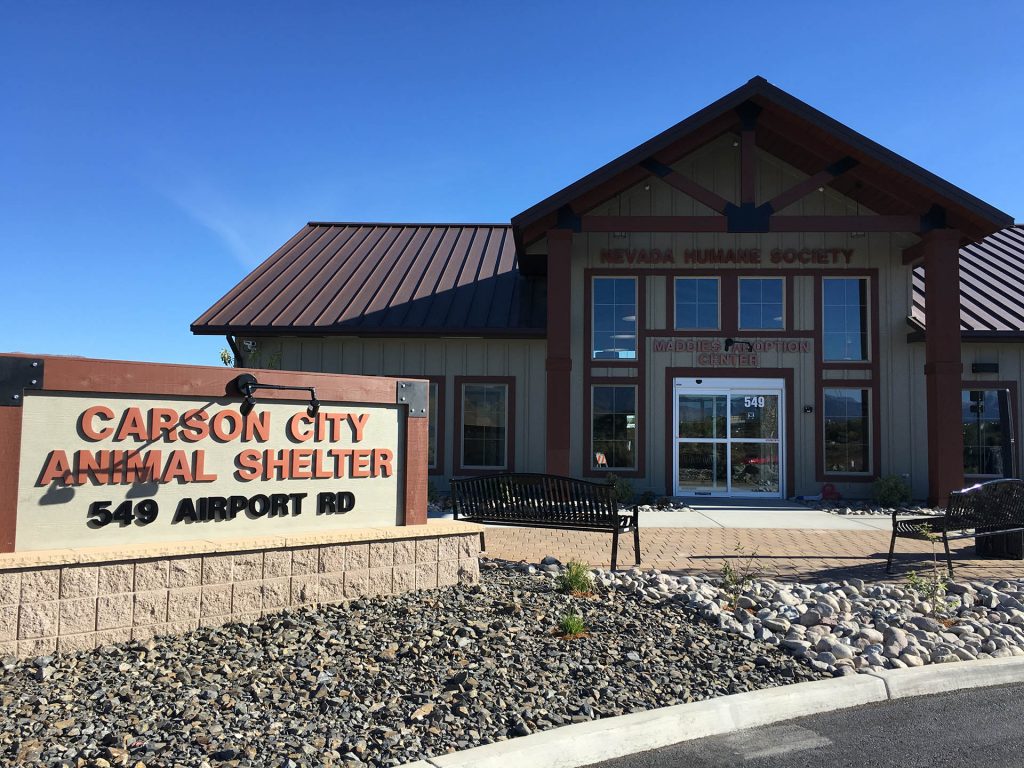 When Nevada Humane Society took over management of CCAS, the life saving rate was just 55% – an enormous disparity from the 90% plus that Washoe County has achieved since committing to a no-kill community in 2006. Almost immediately, lifesaving increased from 55% to 95%, where it remains today, as the brand new shelter is opened in October 2016.