In a rescue effort earlier this year, Chunx and Annie were just two of 17 cats found to be living outside, underweight and not in great shape. With the help of our partners at Lyon County, they were able to go, get them out, and bring them to us. These cats, along with one dog were lucky enough that someone noticed the situation, so that they could be saved before it was too late. These animals were dusty, with matted fur, and sad looks in their eyes. They were very under socialized from living outside, and were wary of being around people. The clinic team took in and evaluated these animals, and even had to perform surgery on one poor cat that had a bone stuck in his throat.

We watched these cats grow and come out of their shells day by day. After caring for and treating these animals, and them touching the entire staffs’ hearts, these animals became available for adoption. Lightning Liam, the only dog of the group, went into foster care.

Two of these cats, Chunx and Annie, were lucky enough to land in a new home and have learned to love again. These two are an adorable duo, who ended up in a home that was made for them. 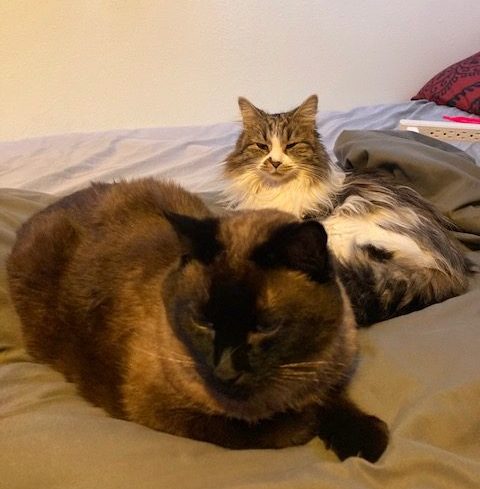 These two were a bonded pair, as they relied on each other for support and comfort during this stressful time for them. Out of all the kitties, these two seemed to be the most comfortable with being around people again. They were available for about a week until they met their forever family.

“I originally got them because of my younger son who LOVES cats. He is absolutely enthralled with them which is super sweet.” — Chunx and Annie’s adopter. 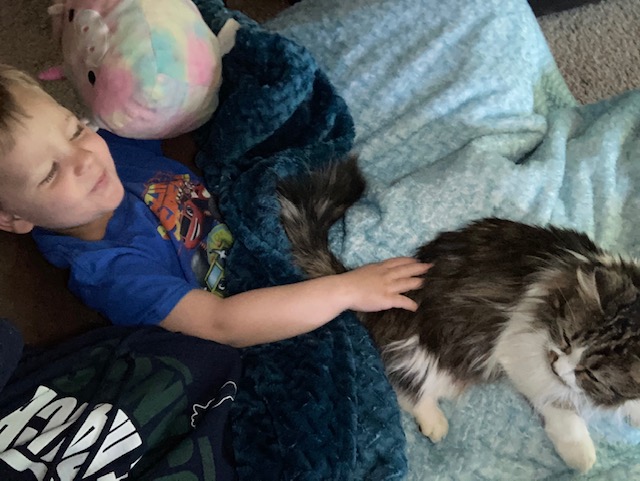 When they first arrived, it took them a little while to get comfortable in their new environment. Their adopters gave them a spare room to get adjusted in the home. Annie figured out how to open the drawers to a filing cabinet, and the two of them would take turns napping in it. 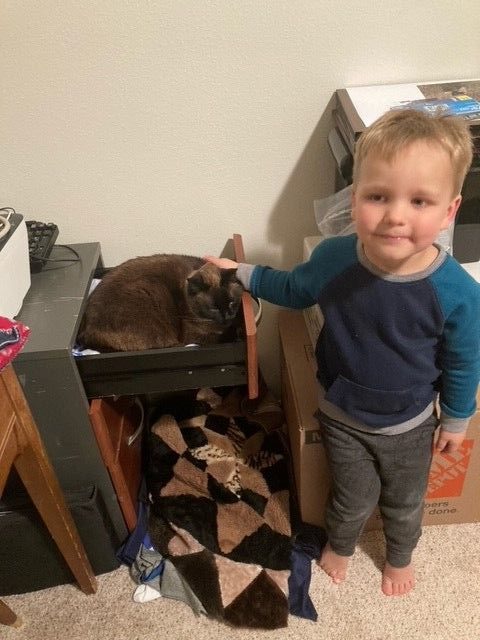 These two hit the jackpot of love and affection in their new home. Their family absolutely adores them and they love them right back. These cats came from such a rough past, but were able to start anew in their new home and truly thrive. We couldn’t be more happy for these two, they get constant love and kisses (not to mention story time from their adopters three year old son!).

“He has to find them as soon as he wakes up to tell them good morning, and the same thing at night. He has to tell them each good night before he will go to bed. He calls Annie fuzz ball, which cracks us all up.” –Chunx and Annie’s adopter.

Chunx and Annie are constantly showered in affection, but the amazing part about this story is that they know how to give it right back in return. 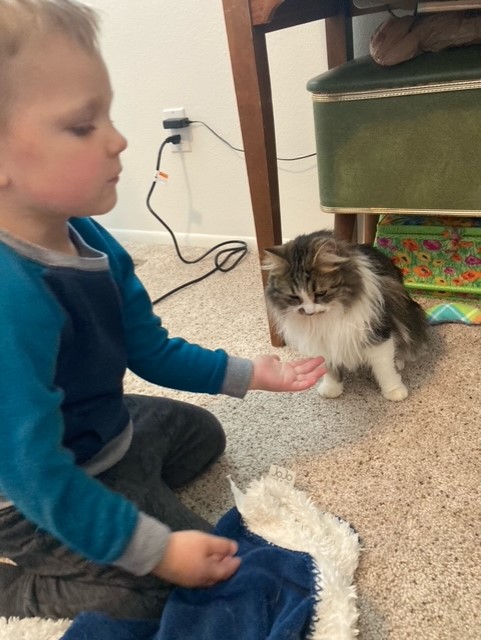 The big part of their story comes with their adopter’s 17 year old son. He has been battling a mental illness for a few years now.

“The cats have been drawn to him since they got here. I can’t say that having the cats has cured him, but I can definitely see a spark in him having them here. This is a blessing to me just to see a smile on his face when the cats come to snuggle with him. We are so happy that we could rescue these wonderful kitties.” –Chunx and Annie’s adopter.

We are so thankful for adopters like Chunx and Annie’s who give cats like these a second chance at life, even with all that they went through. To watch the rest of this rescue tail, and hear more about the other animals involved, tune in to our Paws For A Cause page.