Left Lonely in the Night… 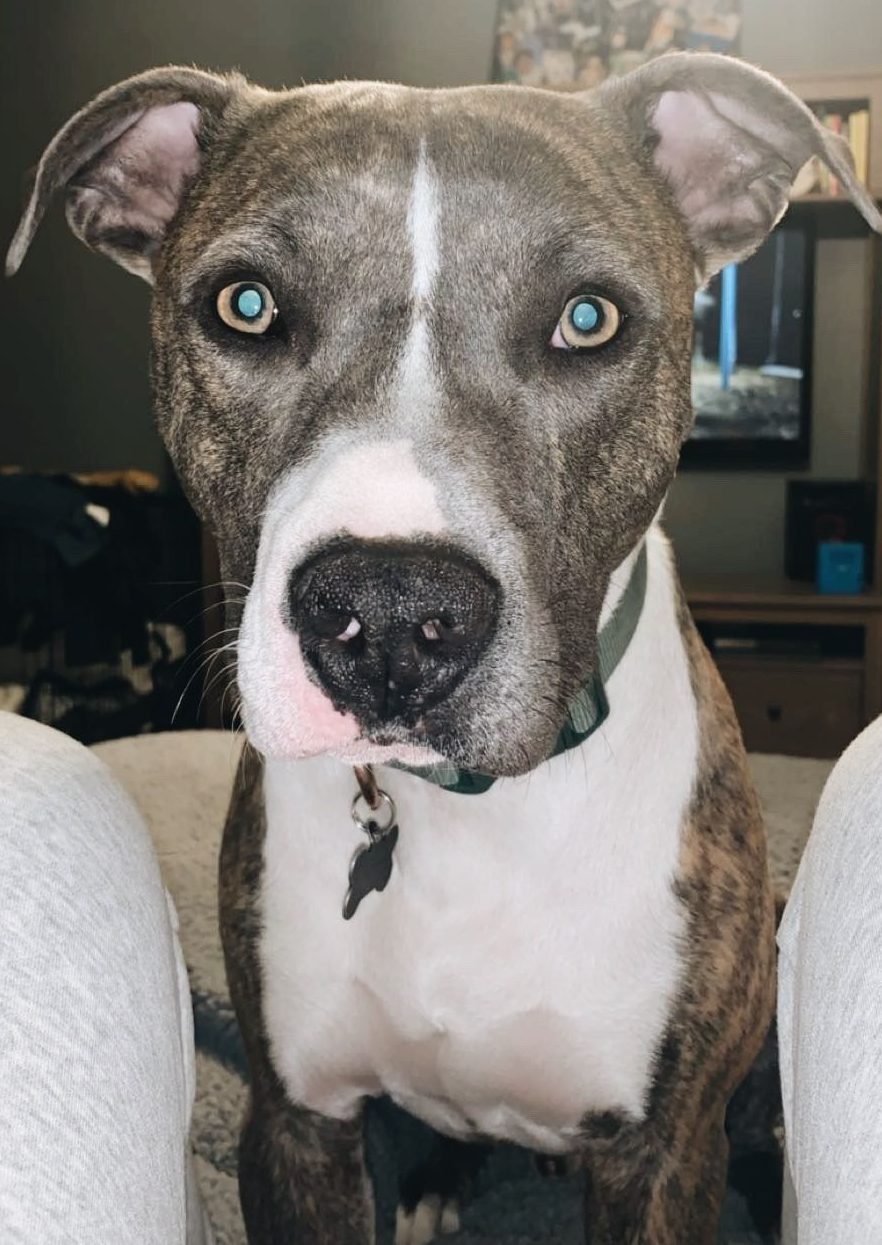 Giles, now Apollo, was abandoned outside the parking lot of our Reno Shelter. He was left overnight, sick and in the cold. Lethargic and alone, he sat there all night waiting for someone to find him. Luckily for Apollo, our partners at Washoe County Regional Animal Services (WCRAS) found him in our shared parking lot when they arrived in the morning.

Apollo was admitted to WCRAS where he was evaluated and placed on a stray hold before being transferred over to us, for continued care. When dogs enter WCRAS or our shelter, we immediately test them for Canine Parvovirus or “Parvo”, which is a highly-contagious virus mostly affecting dogs that can be deadly. Vaccines can prevent this infection, but mortality can reach up to 91% in untreated cases. Unfortunately for Apollo, his test came back positive.

Apollo was vomiting and not eating, which are common symptoms of parvovirus. other symptoms are fever, diarrhea and extreme lethargy. Our dedicated Clinic Team put Apollo into medical quarantine to ensure he did not spread the disease to any other shelter dogs and treated him hourly to ensure he was getting well.

Apollo slowly started to eat and as time went on, got stronger everyday in our care. We were so happy to see his health improve, as some dogs don’t get that lucky.

Under the care and observation of our clinic and medical teams, Apollo fought through this deadly disease. After he was completely healed, and spent ten days in medical quarantine, he was ready to be adopted! After only a few days, Apollo was ready to meet his forever family.

Kenady and her boyfriend had talked about getting a puppy, but weren’t sure if it was the right time as they were both starting their careers, so the conversation never went far. One day, Kenady was at work and she got a text from her boyfriend with a link to Apollo’s profile attached to it saying “serious answers only, can we go and get this dog” and without hesitation she said yes and they submitted an application.

There was one other couple that applied for him before them so they were told they would get a call back once they knew about the first applicants.

“We have never been so anxious for a call back! Luckily the call came and we were told that the first adopter was not a good fit, so we got an appointment to come and meet him!” –Kenady, Apollo’s adopter.

When they came to the shelter to meet Apollo they sat in the hallway by the meeting rooms, patiently waiting to meet him.

“I hear a door open and see this spastic dog pull this poor lady all the way down the hall and he ran right up to us with the biggest smile on his face. The lady working explained to us how he was pretty excited to be able to see people since he had been so sick for the last little while. She told us that Apollo had Parvo and had been abandoned by his previous owners. His story instantly melted our hearts and we fell in love with him!” –Kenady, Apollo’s adopter. 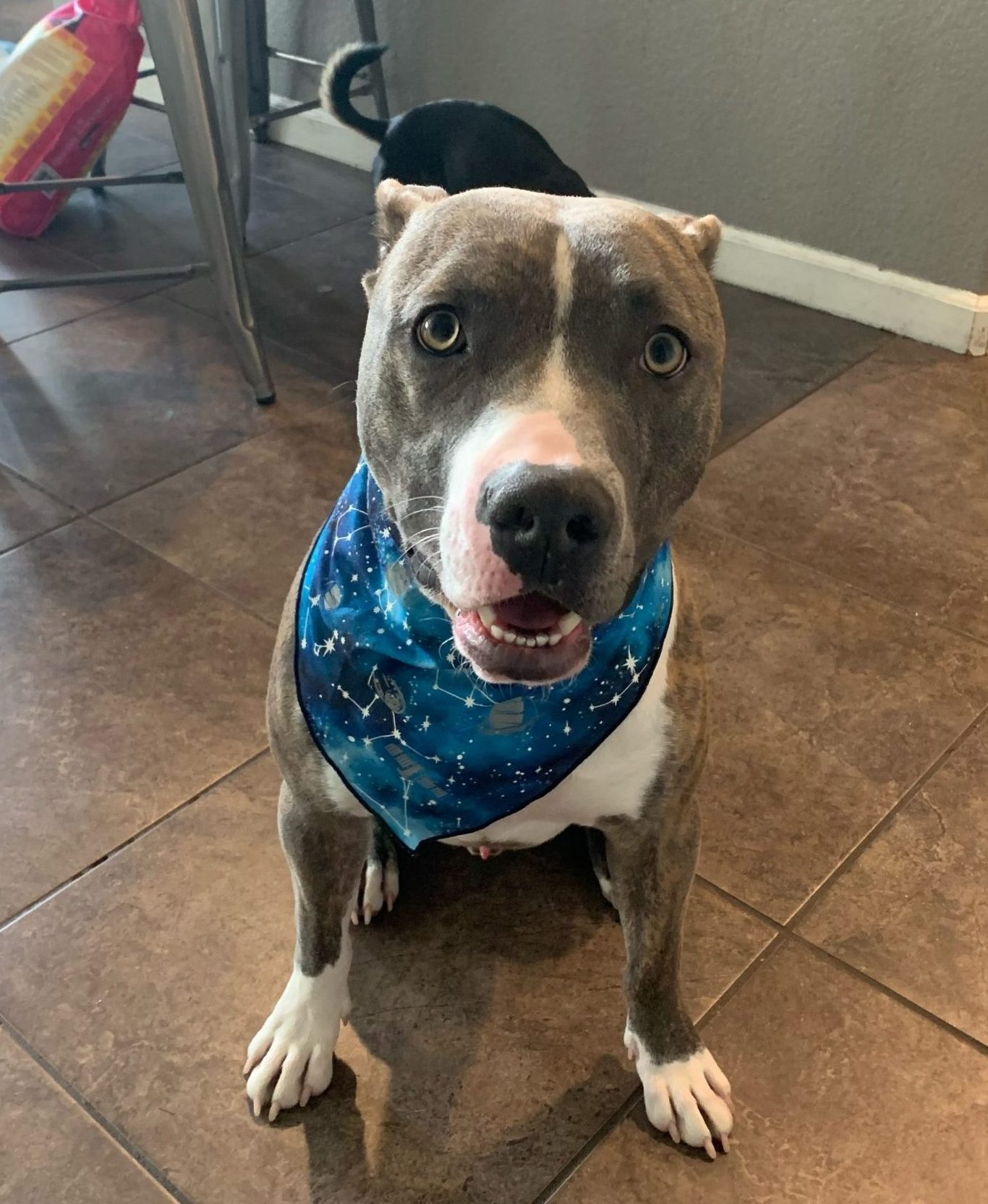 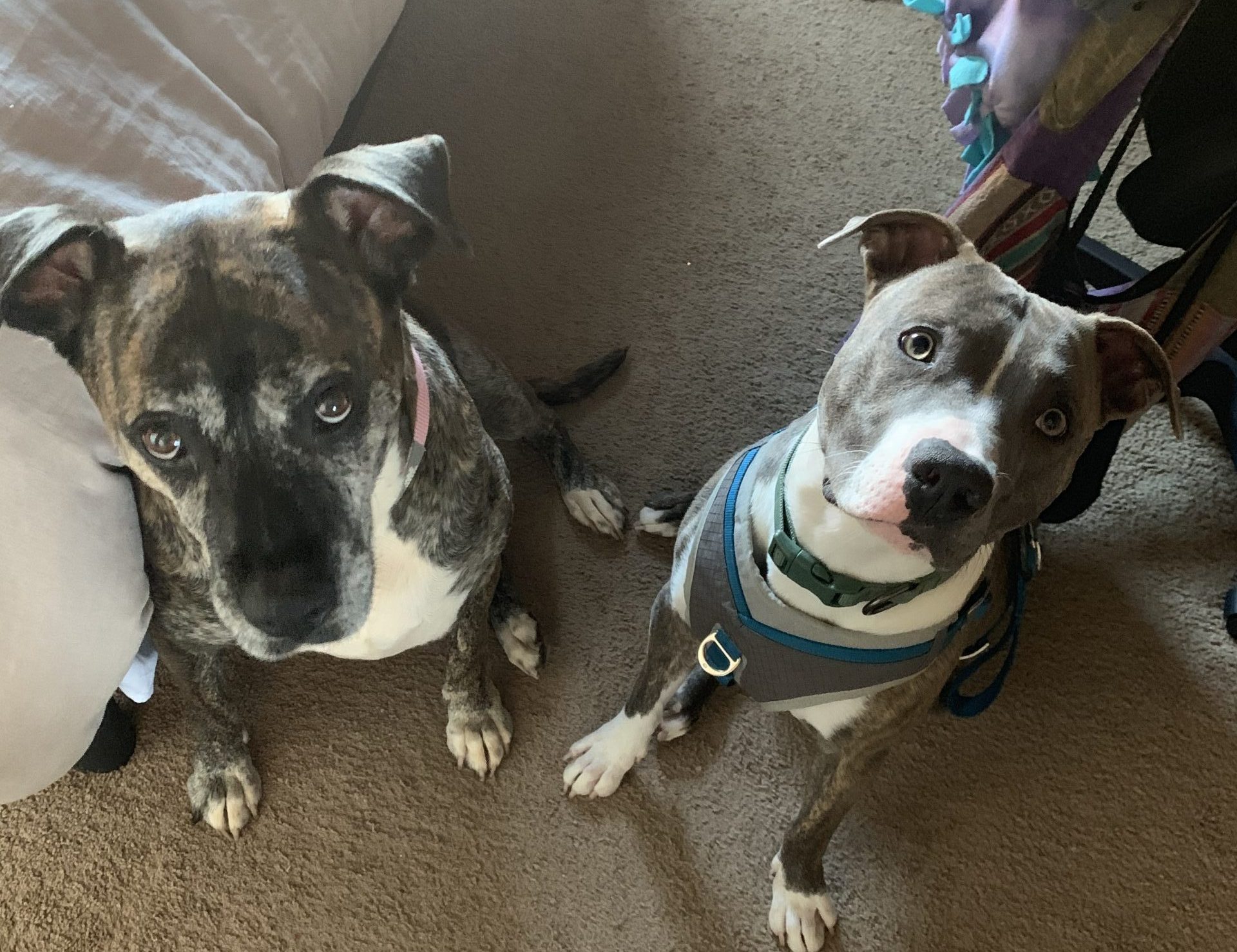 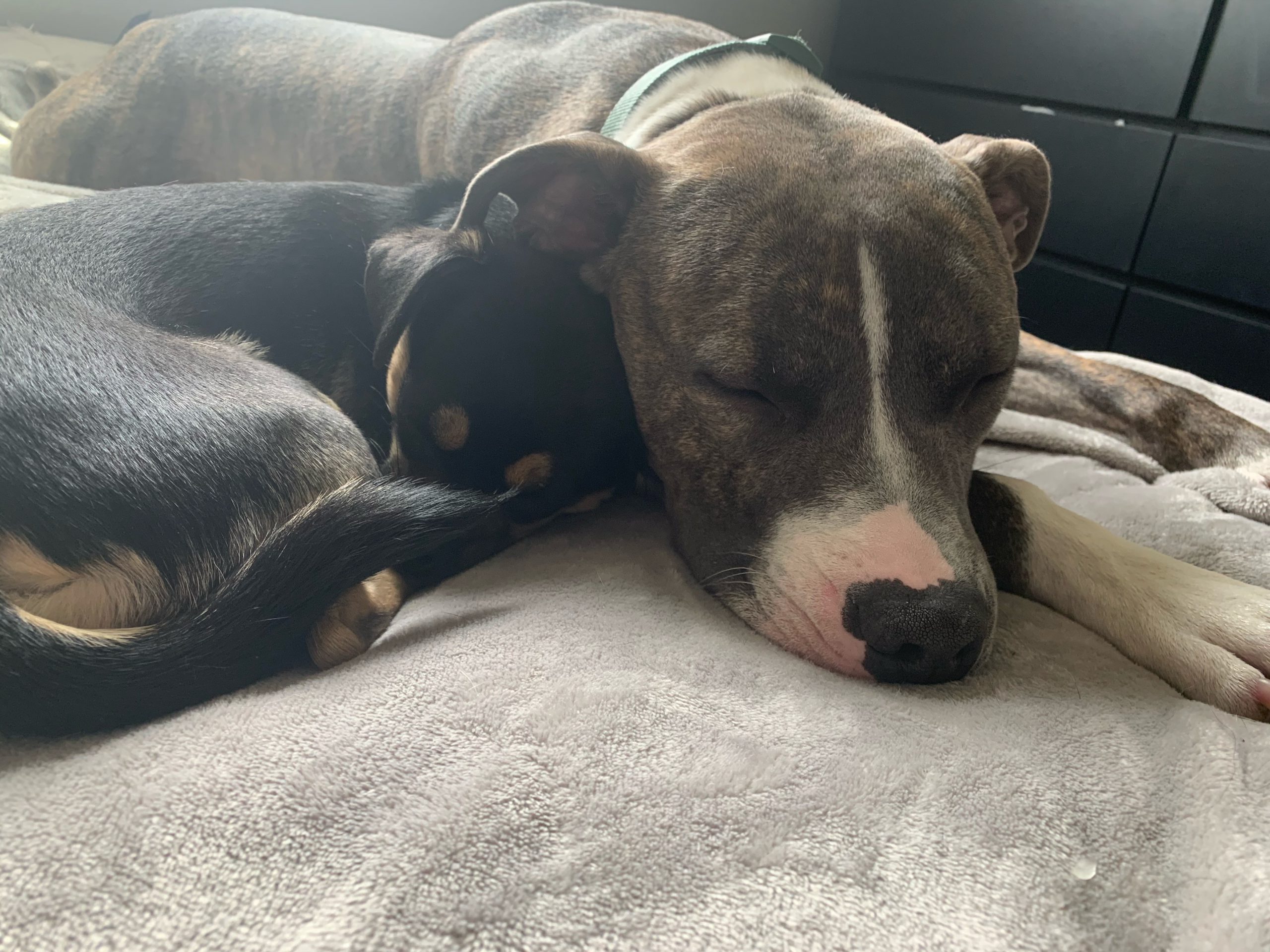 Fast forward, and his new family absolutely adores Apollo. They said that he brings so much joy into their lives. He has two new housemates, in which he gets along great with. He lives with Tiger who is a boxer, pit & lab mix (they think) and Paco who is a little Chihuahua. They all love each other! 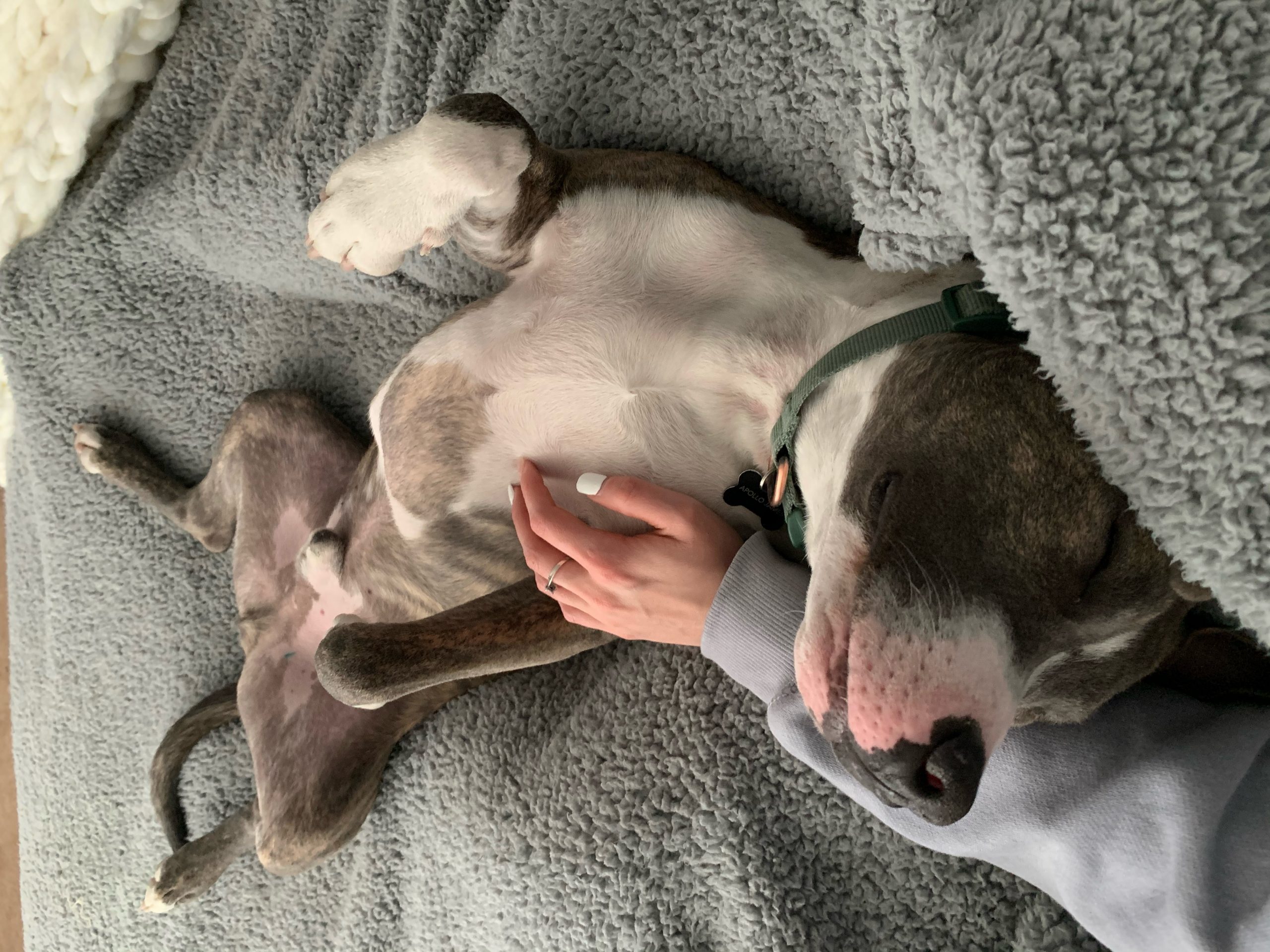 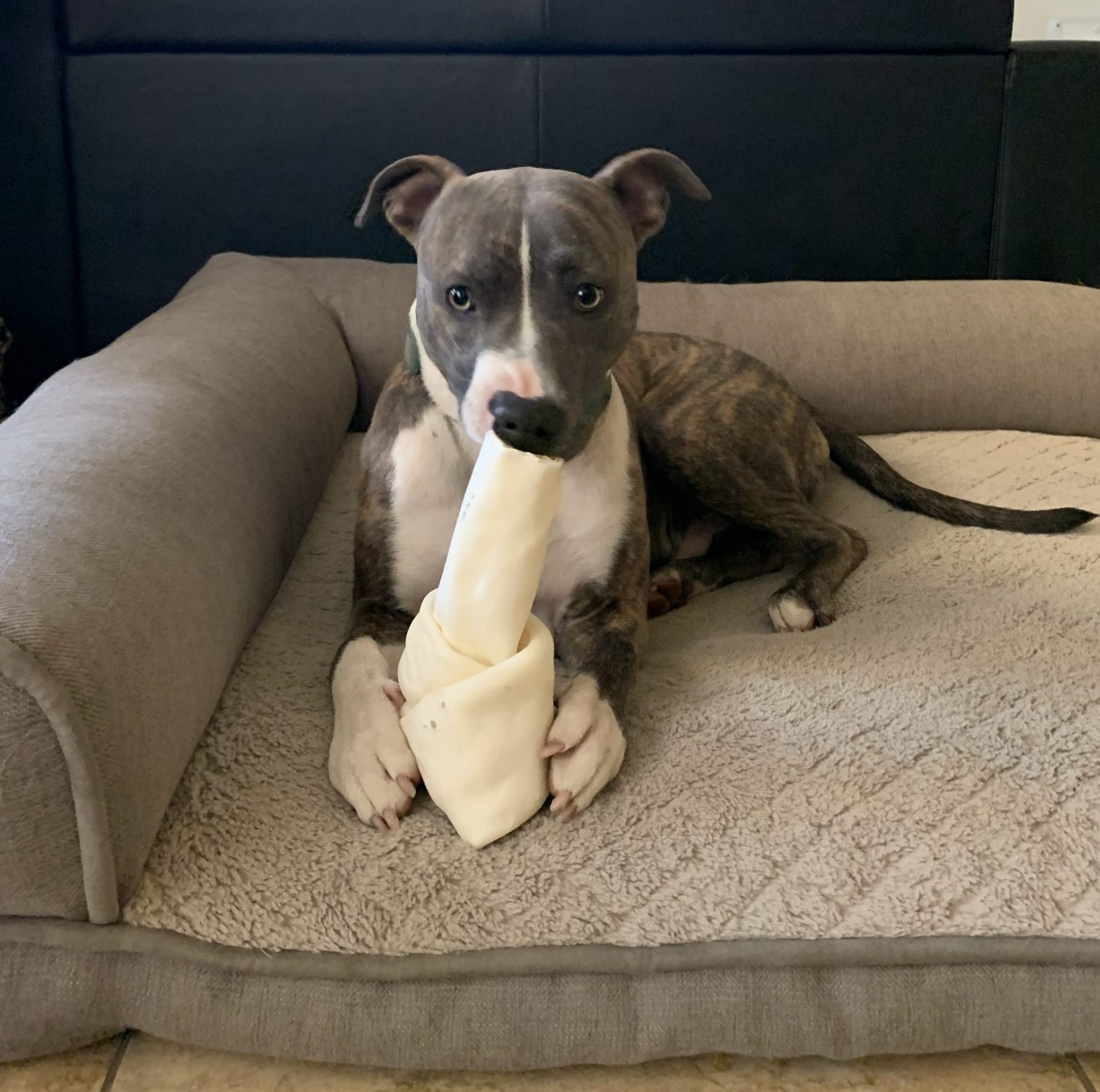 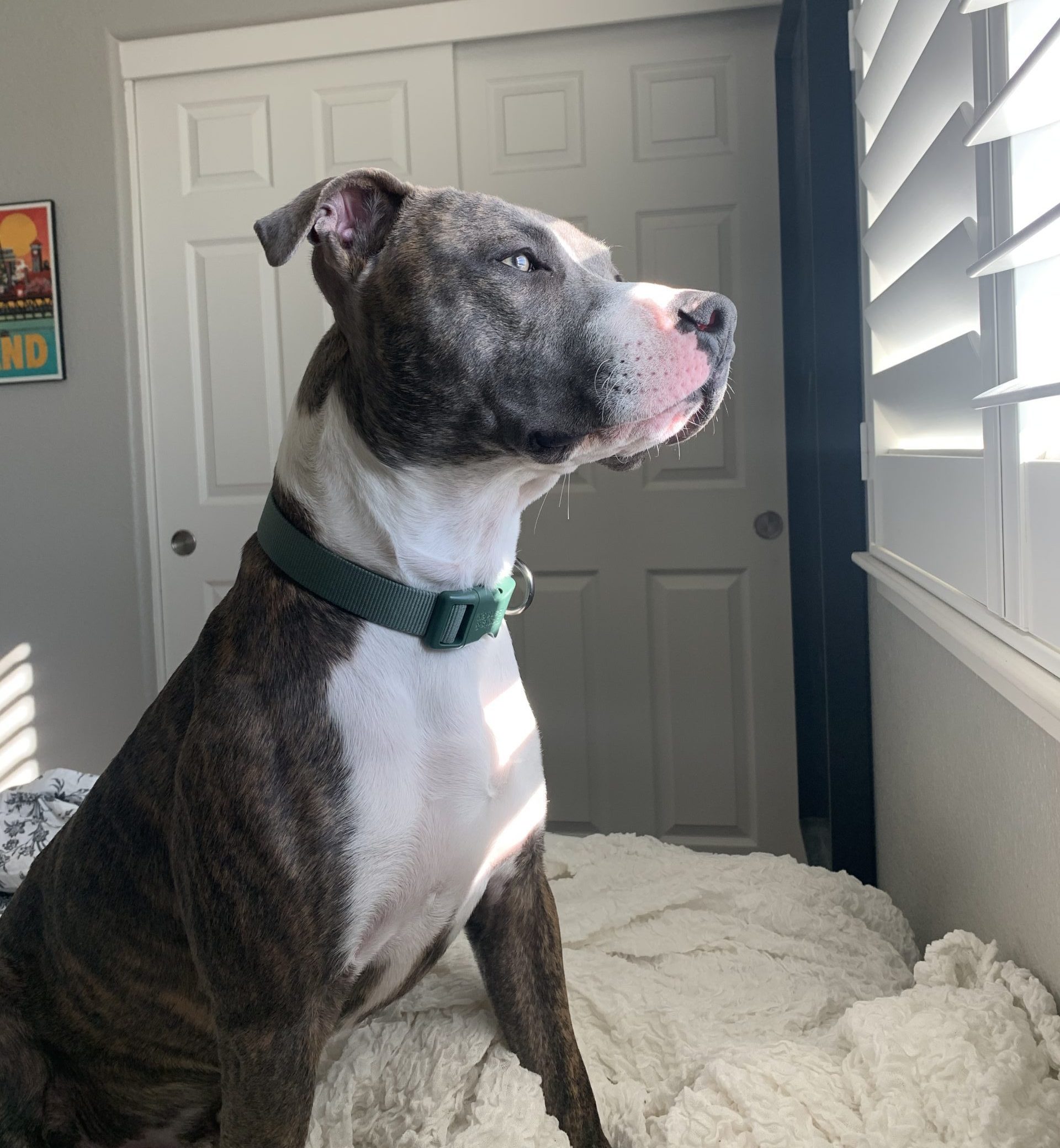 Four months later, Apollo enjoys life at home with his new family immensely. He loves to play tug and fetch and meet new dogs and people. He goes on long walks with his dog sibling and loves to explore. His adopter shared that also loves to take naps and do tricks! She also said that Apollo has the most energy, attitude & personality of any dog she has ever met.

“You saved his life and we can’t thank you enough. Apollo has changed our lives and brought so much love and joy, he has seriously bettered our lives in so many ways. Thanks to you guys saving his life and allowing us to adopt him!” — Kenady, Apollo’s adopter. 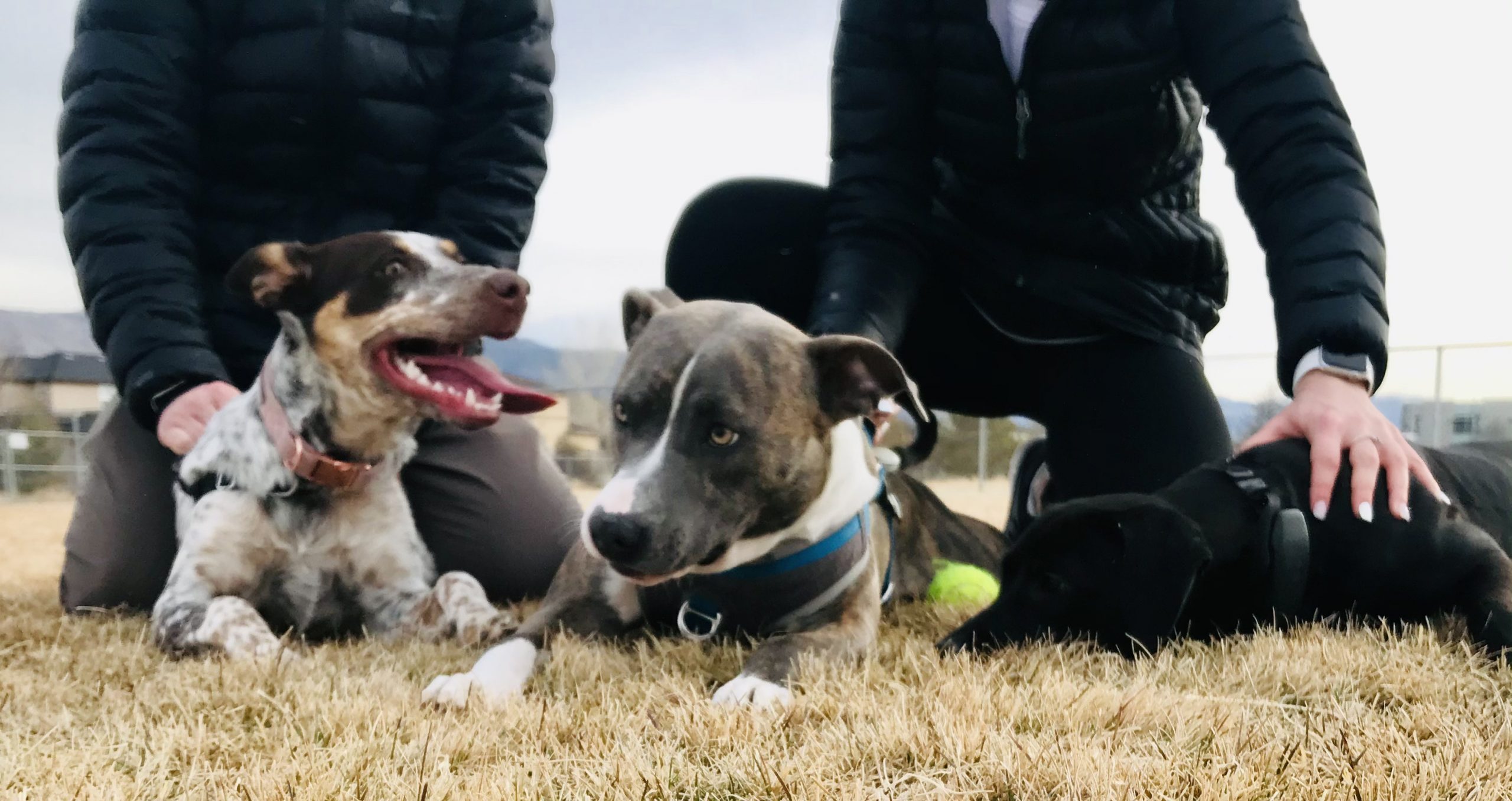 For creative ways to help us continue our lifesaving work every step of the way, visit our Support Local, Save Pets page.