Kylo is in a happy home now where he can have his needs met and live in the comfort he deserves, but it wasn’t always that way.

Kylo’s heart-touching story began when he arrived at our shelter back in October of 2019. Our team knew right away that this Shephard pup was in need of extra care, and our Clinic Team began running tests immediately. We determined Kylo has Megaesophagus. Megaesophagus happens when you have an enlarged esophagus (the tube that runs food from the throat to the stomach) which makes it very difficult to swallow food and absorb nutrients.

Because of his medical needs, he was categorized as an “Urgent Need” pet, meaning our team began working to find him an Emergency Foster home right away to ensure he could begin his recovery and treatment in a low-stress environment. This sweet pup was lucky enough to be paired with one of our highly-experienced, long-term foster volunteers so that he could be under close watch and get lots of love until he was well enough to be adopted. 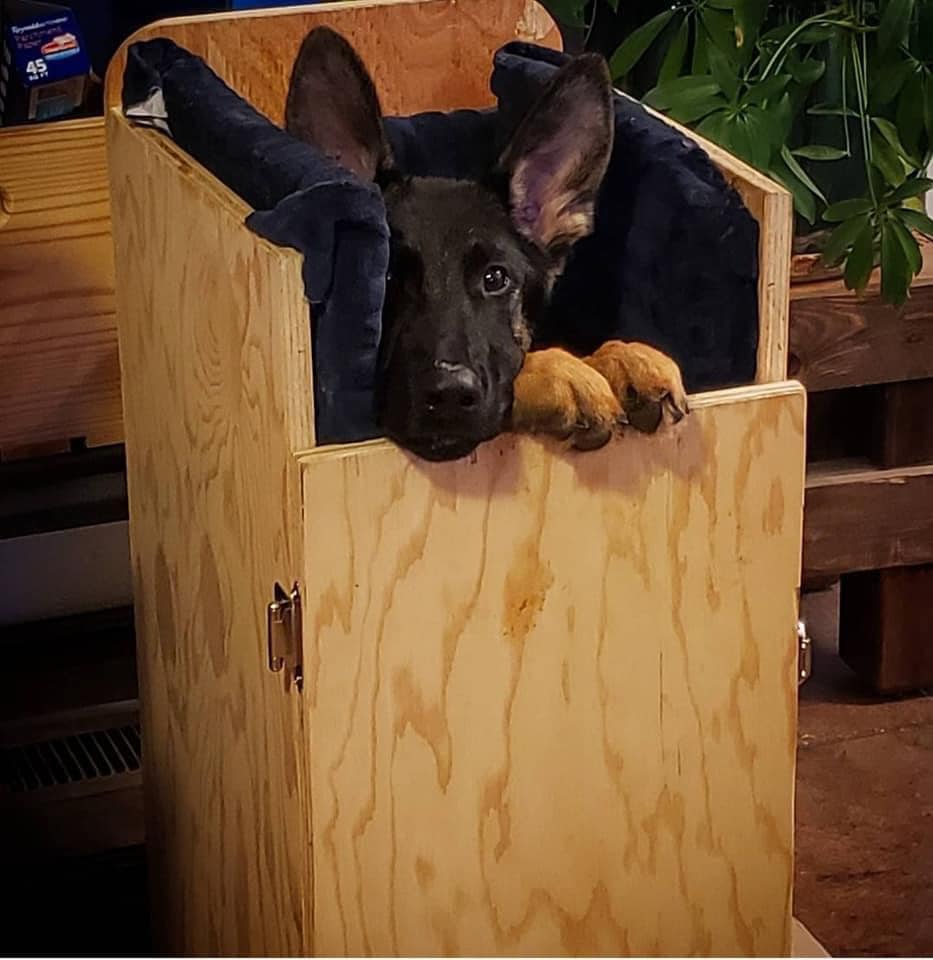 Kylo in his feeding box.

Kylo’s foster family (the Adams’) did an amazing job caring for him during a time while he put on weight and learned to eat in a way that was healthy for him. Dogs with Megaesophagus have to be fed in a vertical feeding position to ensure they can swallow properly and don’t choke when they eat. The pup must also remain in an upright position for 20-30 minutes after eating to ensure proper digestion. Kylo required his own special feeding box, which his foster family had made just for him! He spent a lot of quality time curled up with his foster mom Amanda in her favorite chair (see below). 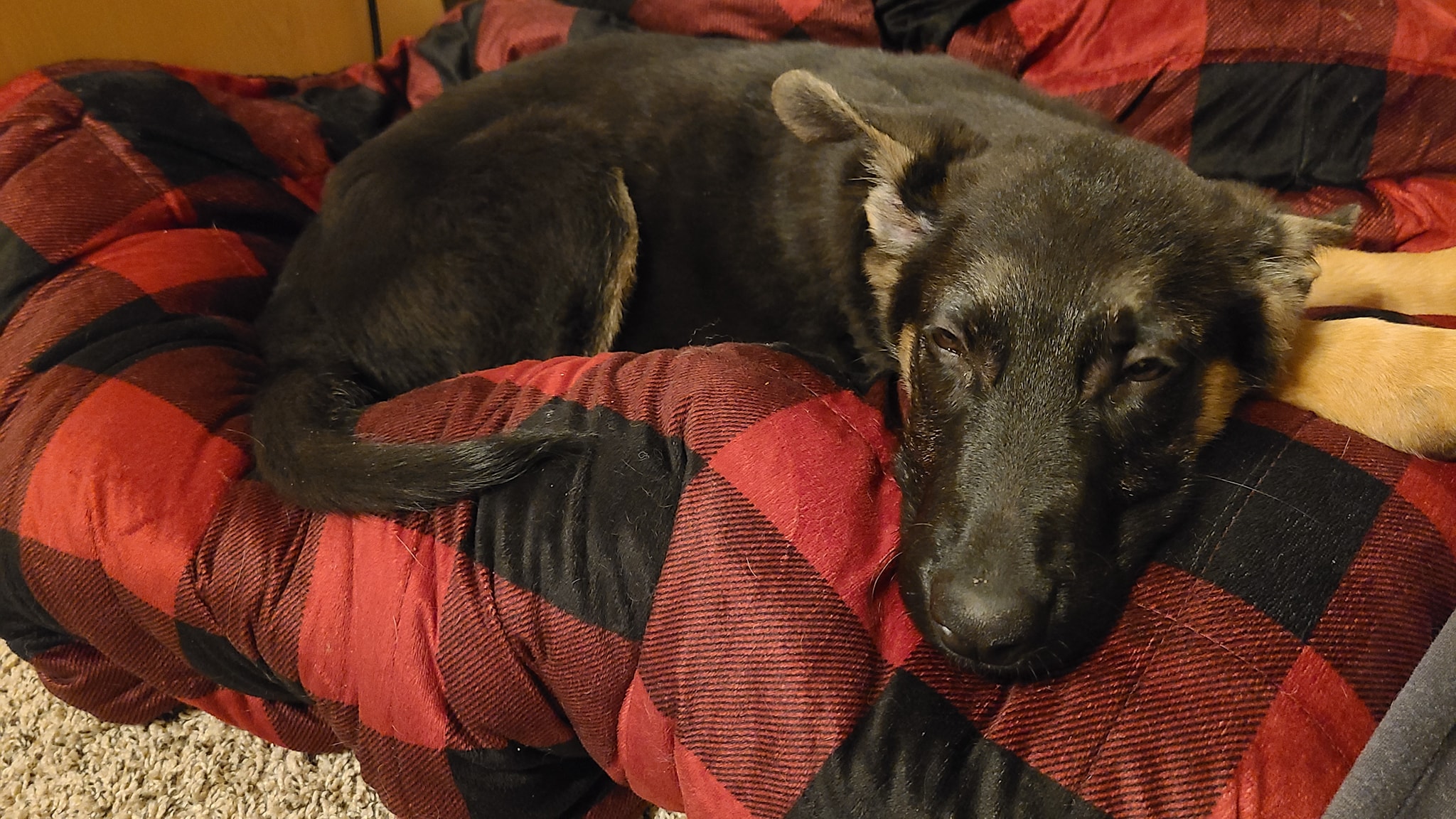 Kylo tucking himself in to bed. 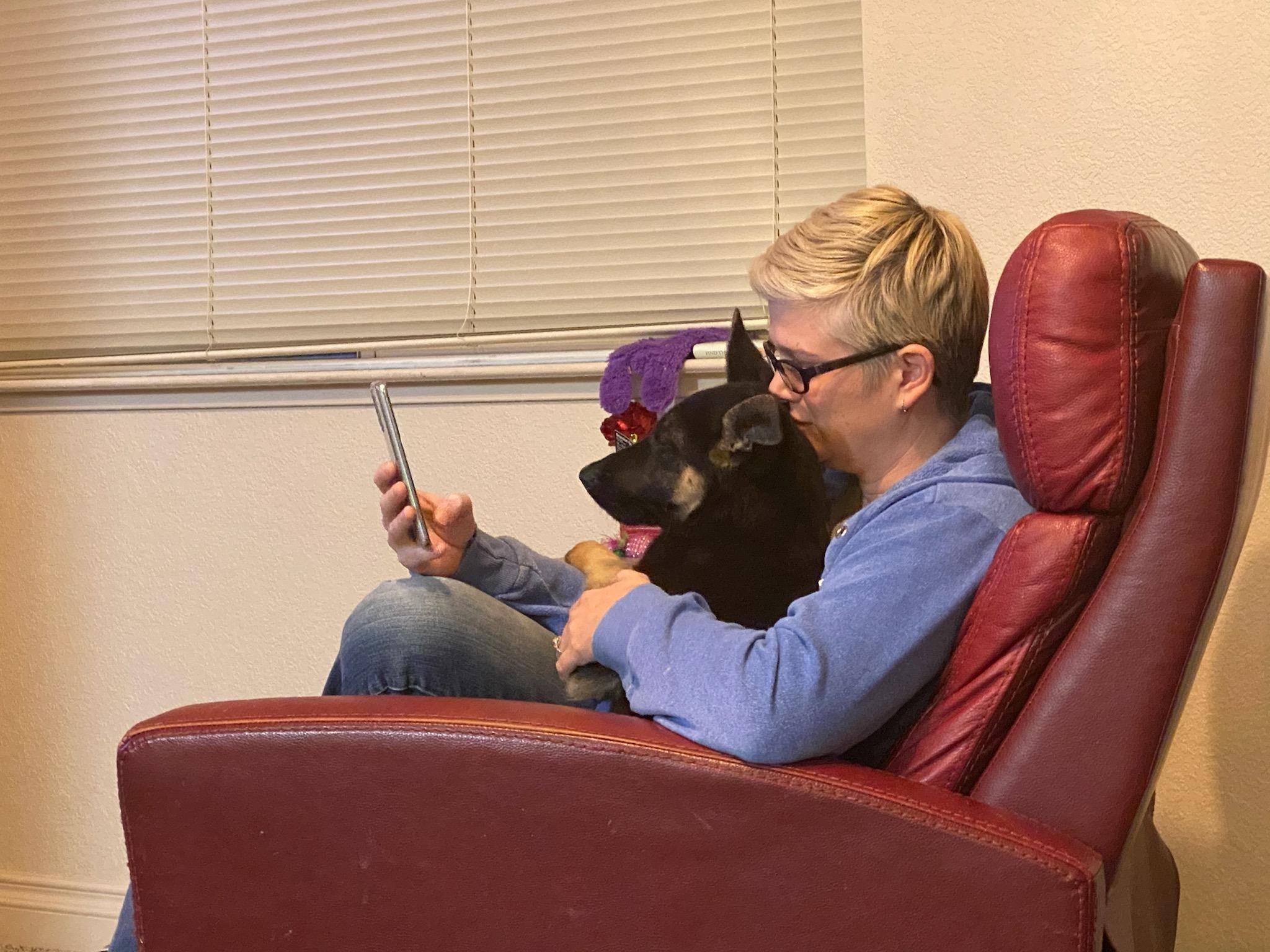 When he wasn’t napping, he was playing! He played with the Adams’ dog Jackson and chased their cats around the house. Kylo and Jackson would play tug of war and Kylo would be practically pulled along! The two of them became best buds, Jackson becoming his temporary “big brother.”

A Home to Call his Own

Although they missed the little guy very much, the Adams’ were so excited for him when he was well enough to be adopted and found his Forever Home! When the time came, they knew it was time for him to find a family to call his own. It was extremely sad for them to let him go, but they knew he was going into good hands. Long-time NHS supporter and and designer of our 12 Saves of 2020 just happened to be the one! “When I found out mine was the first application received I was overjoyed!” –Lisa Staton, Kylo’s Adopter. 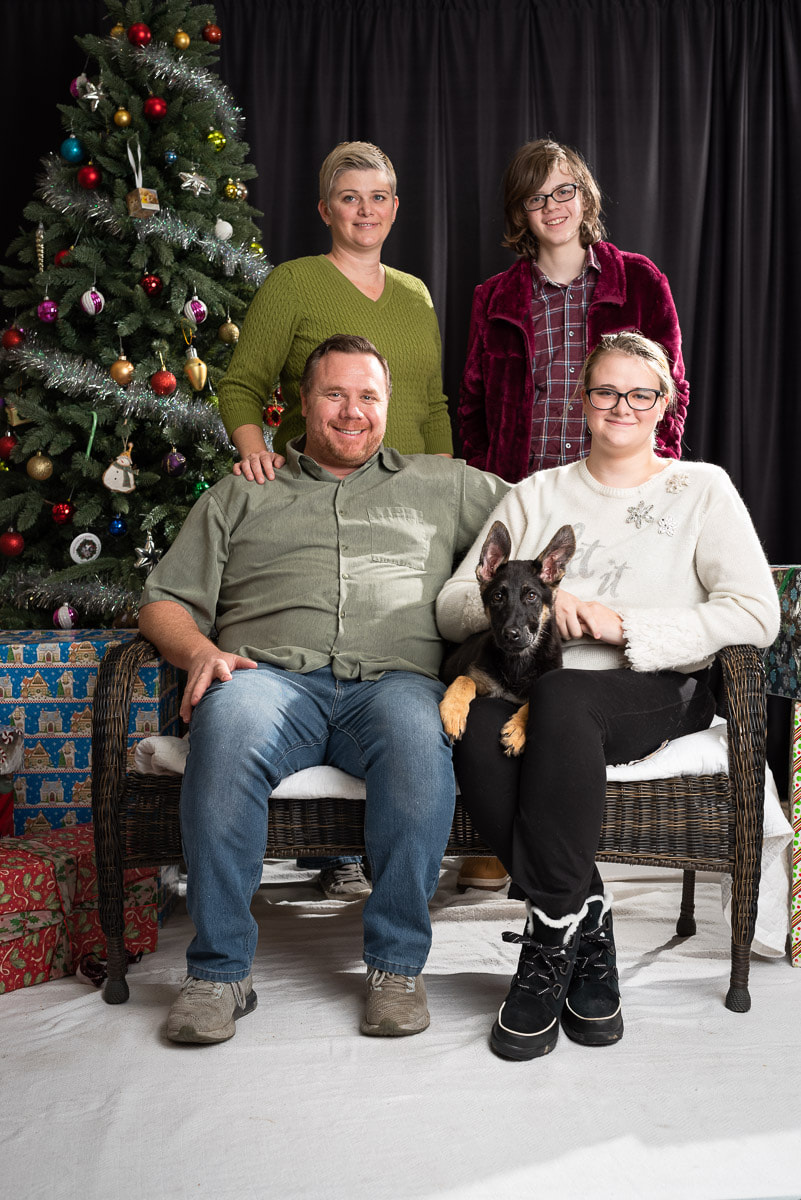 Kylo and his foster family at the 12 saves of 2020 photoshoot. 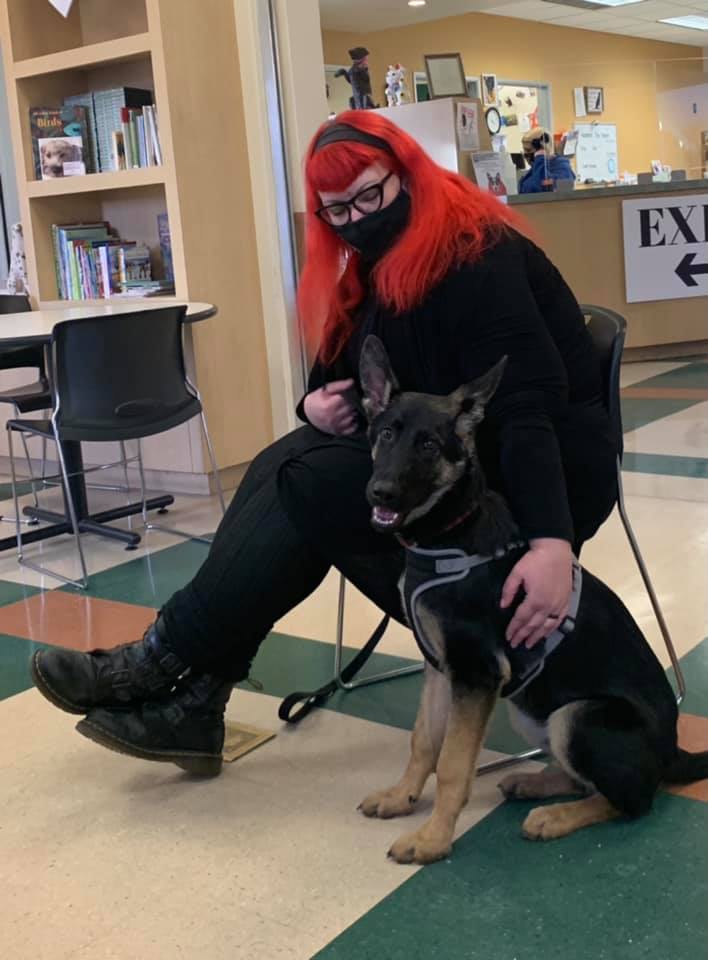 Lisa, his new dog mom, was not the least bit deterred by Kylo’s health condition, in fact she was eager to help him live a happy, healthy life. She decided that Kylo was perfect despite his medical challenges. Lisa and Kylo recently came back to visit us at the shelter, and Kylo made his television debut!

It’s people like the Adams family that make second chances happen for these animals. The shelter is a stressful place, and sometimes foster homes are the best place for animals like Kylo, who need constant one-on-one attention. Without donations and foster volunteers, pets who need a little extra love would never come this far. 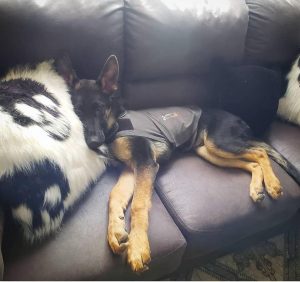