Holly, who is only a puppy still herself, was surrendered at eight months old. She was surrendered in Ely because her owner didn’t have the means to care for a pregnant dog. She was accepted as a transfer to our Carson City Shelter and came to Reno for medical care and to get a foster. 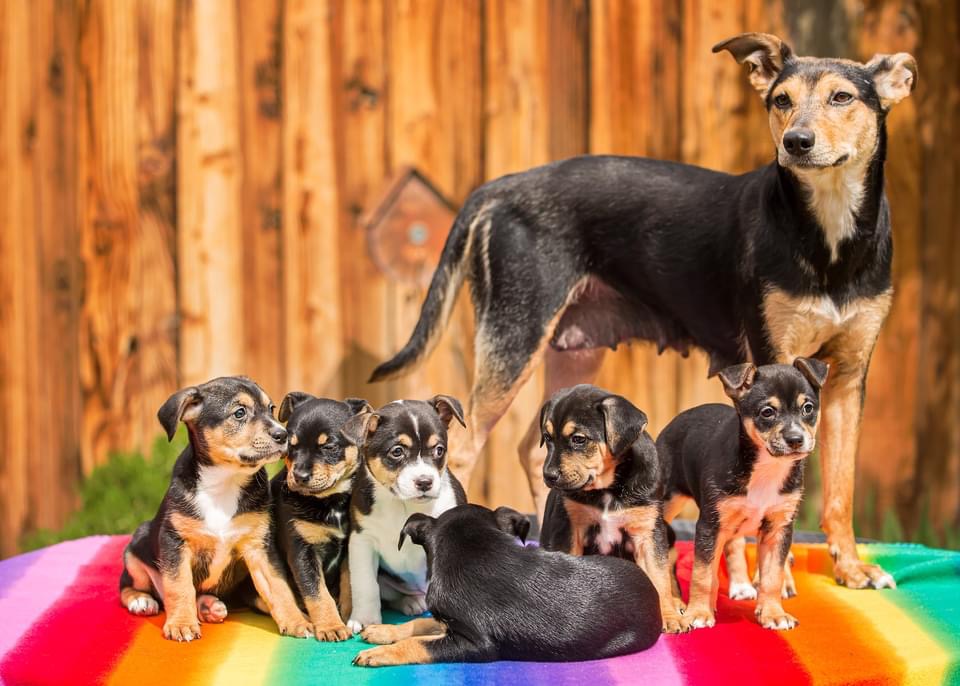 Holly found herself in foster care, with people that loved her dearly. After having six puppies, they watched as Holly was not only an amazing dog, but an amazing mother. She took wonderful care of her babies and her foster parents cared for her.

A friend that they had not been in touch with for many years, Ali,  saw them post a photo of Holly on their Facebook page. She reached out saying she’d never had a dog of her own that wasn’t a family or spouse dog, and that before she saw Holly’s photo, she had a dream of her own dog that looked like Holly.

Ali just needed to check with her husband and when she came home that night her daughter said, “dad said we are getting a dog!” and that was that!

Ali and her daughters sent Holly and her puppies a care package while they were in foster care to help make sure they had toys and were comfortable. Holly’s foster mom and Ali constantly stayed in touch sharing photos of Holly as well as of her new home and the human (and animal) family that awaited her in San Diego.

When the time was right for Holly to be adopted and away from her puppies, Ali flew up from San Diego. She came to meet Holly, adopt her, and drive her back the nine hours to her new family in San Diego.

They fell in love with each other upon meeting, and all that was left was to finish the paper work and hop in the car for the long drive home! 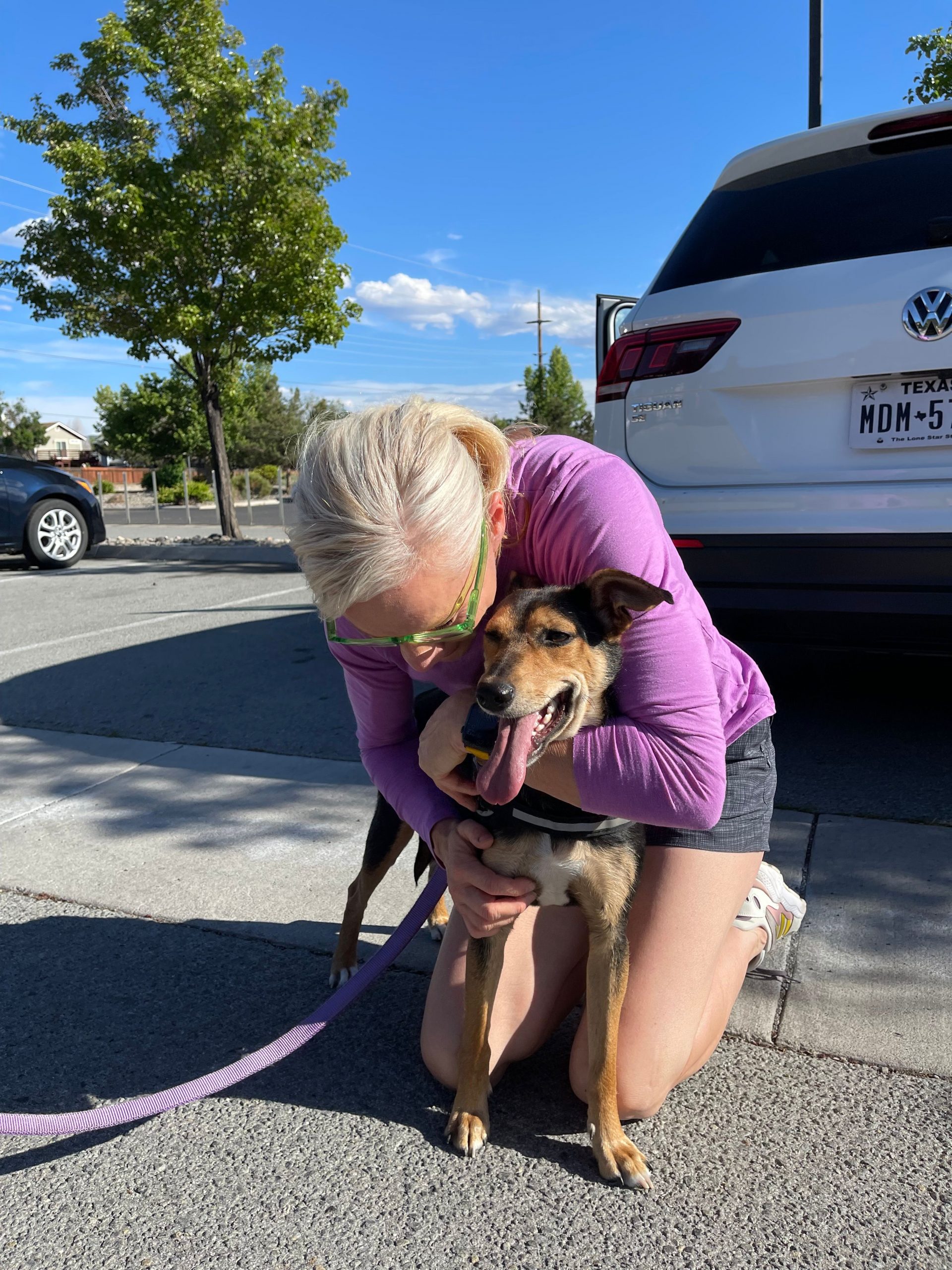 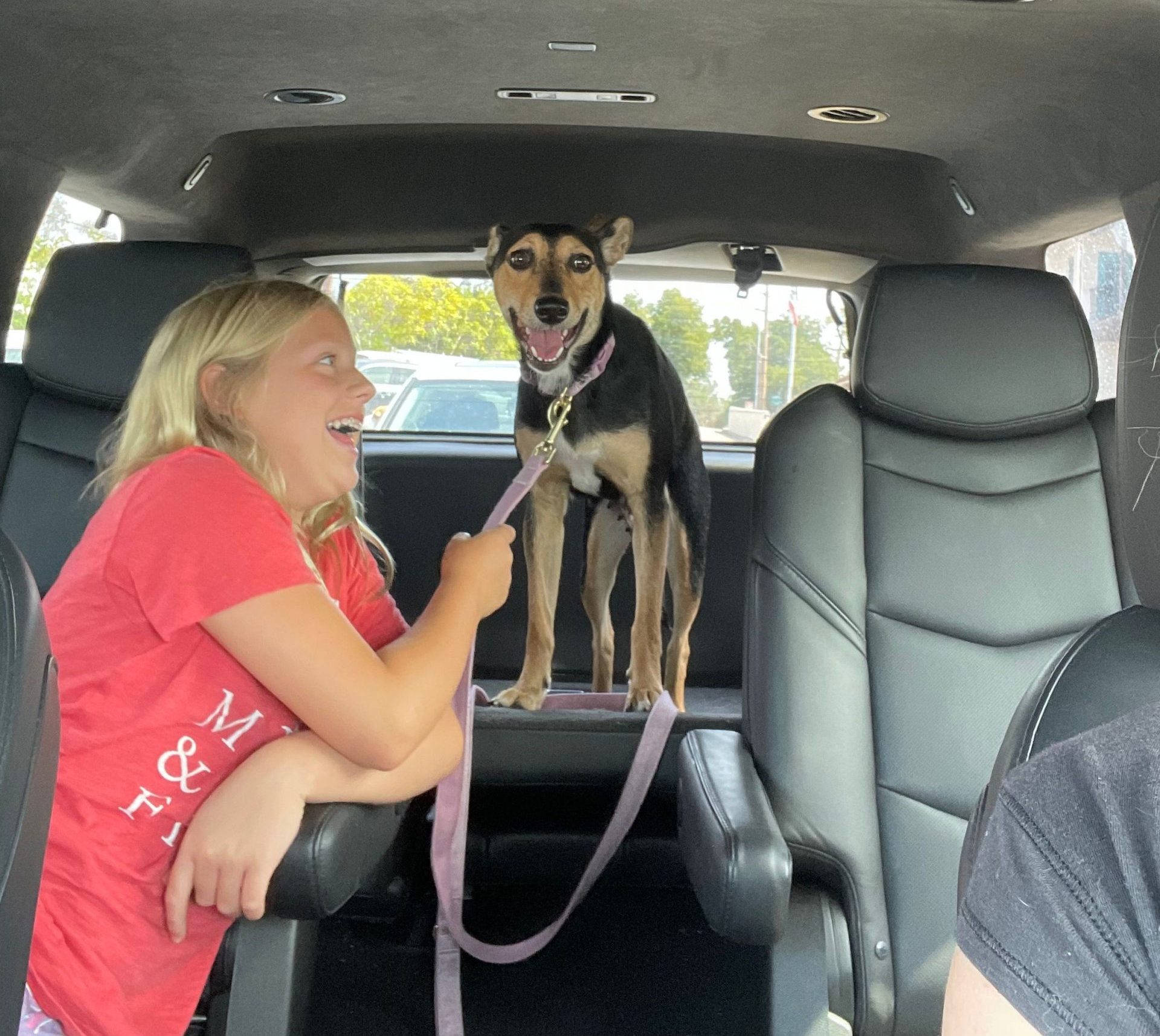 When she arrived home her daughters made her a sign welcoming Holly to her forever home. 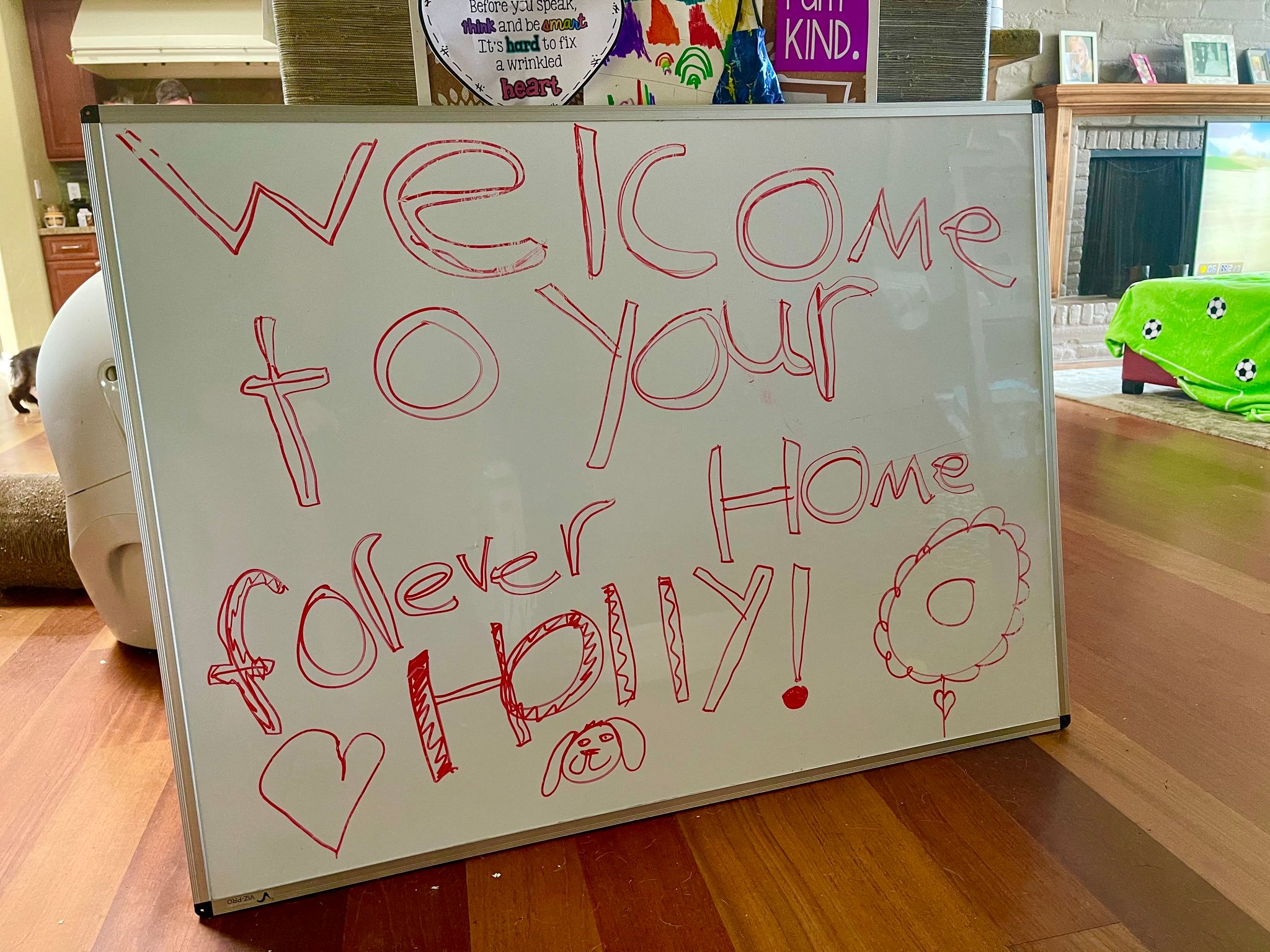 Ali and her family took time to introduce her to her family as well as the animals in the house which include a dog buddy named Dooley, a bird, a cat, two goats and horses. 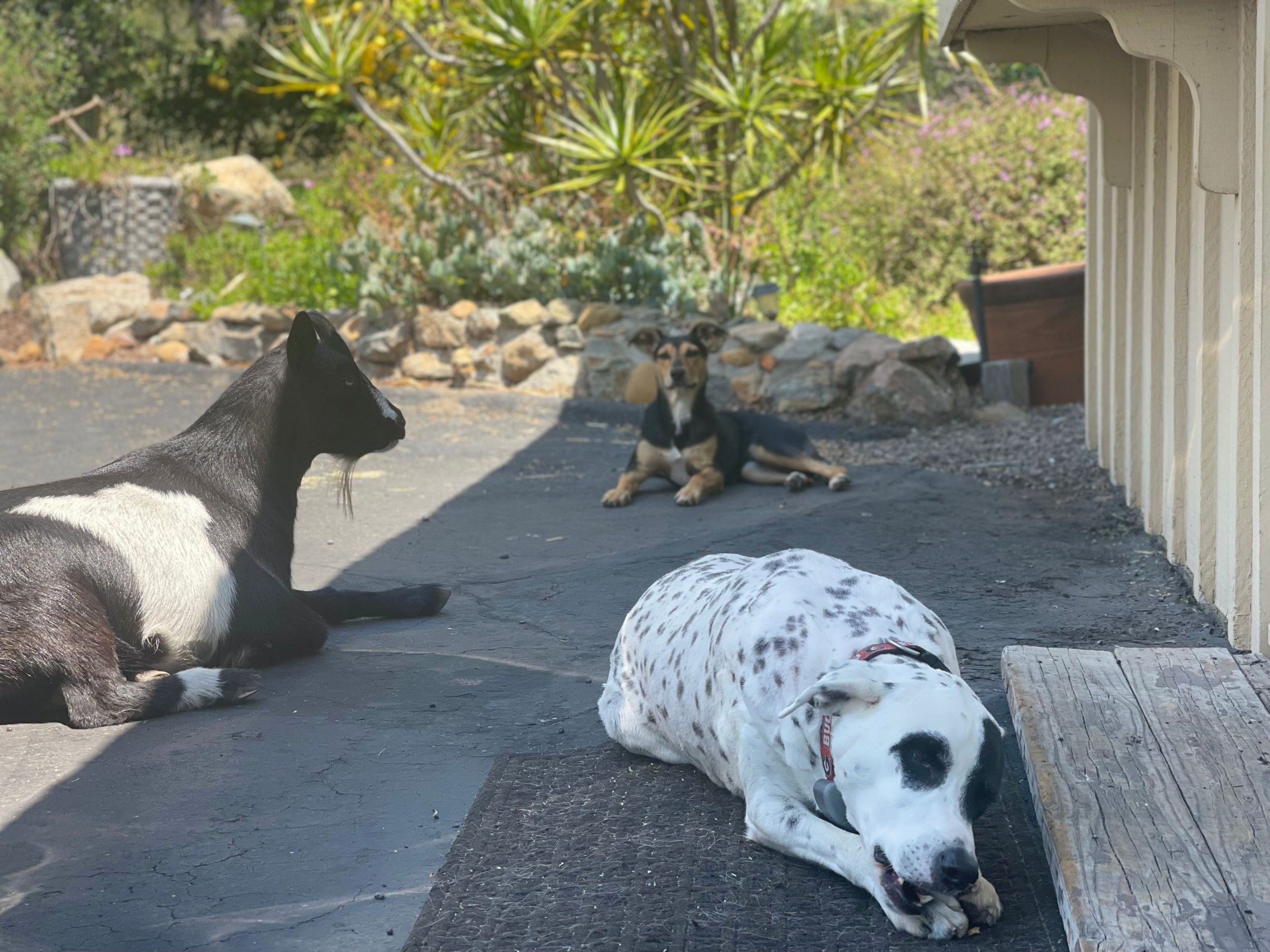 One of Ali’s daughters, Ellie, has formed a special bond with Holly and Holly gets to go every day to the school drop off and pick up line which she loves.

“She is the most incredible, loving, smart, attentive dog I have ever met in my entire life.” — Ali, Holly’s Adopter. 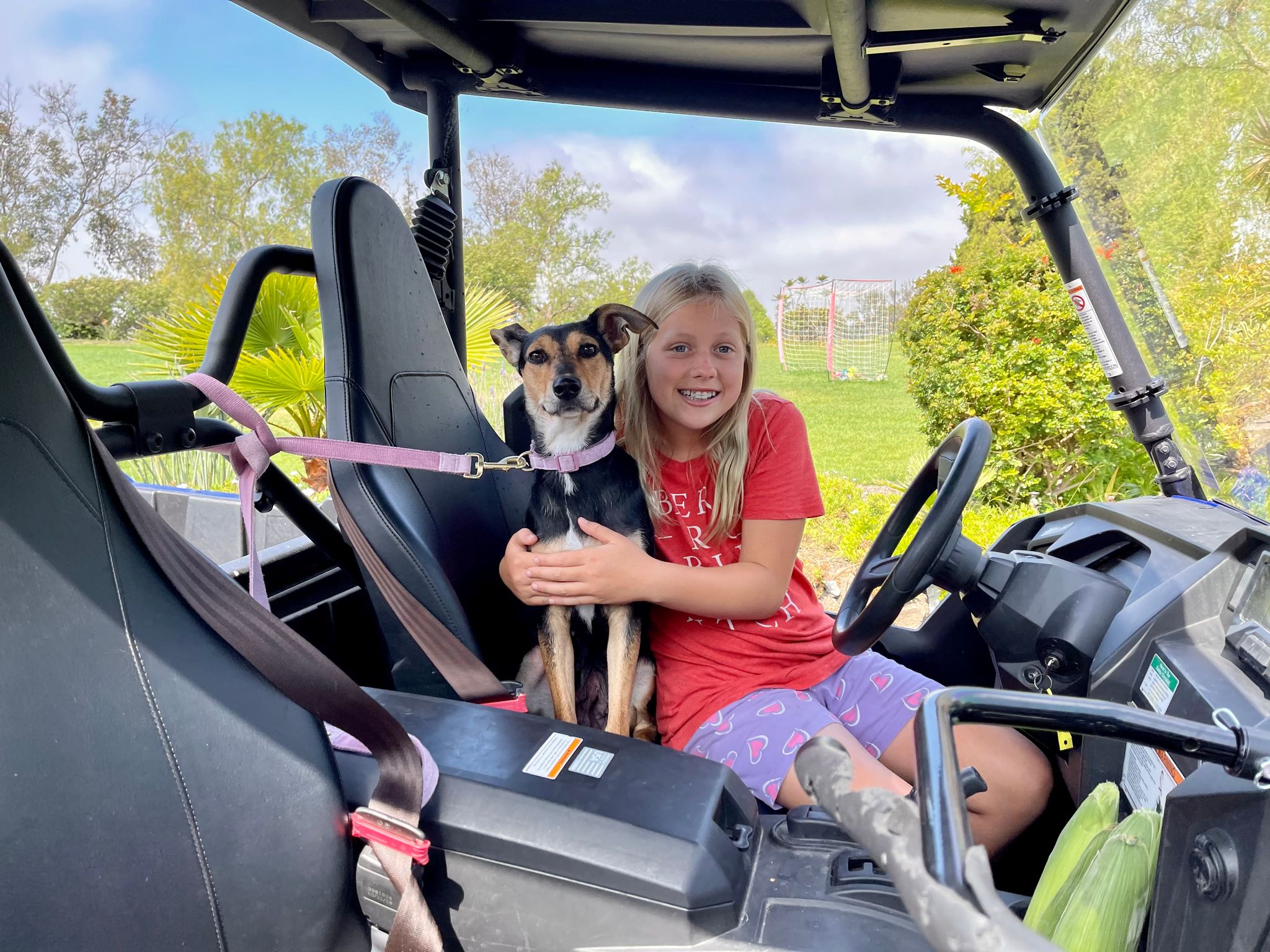 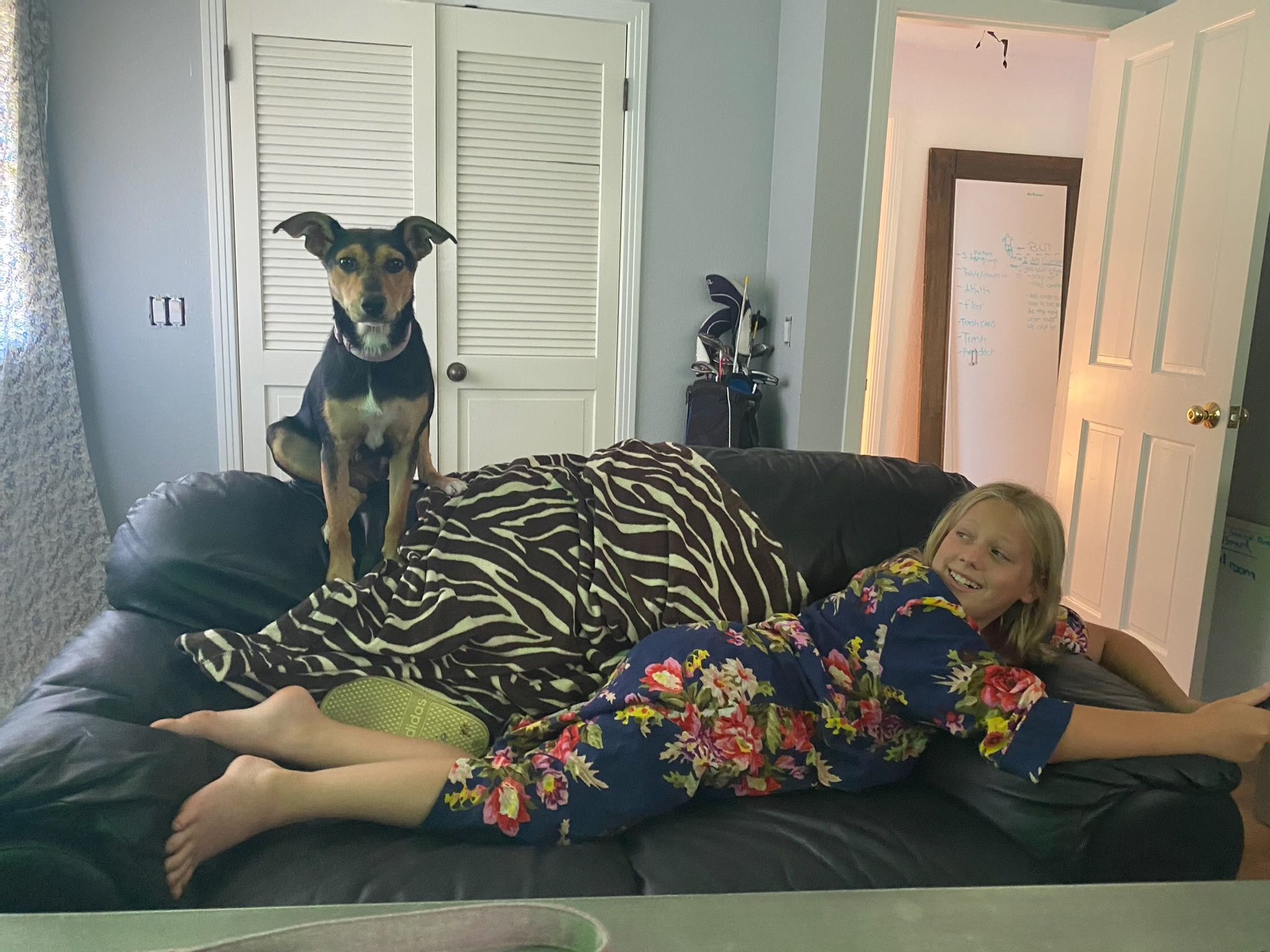 We are so happy for Holly and her new family. If you are interested in learning more about our Foster Program, and how important it is to our life-saving mission, please visit the page.