A Forever Home For FELV+ Cats

Our Reno Shelter received two bonded cats one day, a tuxedo and a torbie. These two fabulous female felines were named Blake and Mercy respectively. After their clinic visit, both cats’ FELV tests came back positive which meant they needed to have separate areas from the unaffected cats. 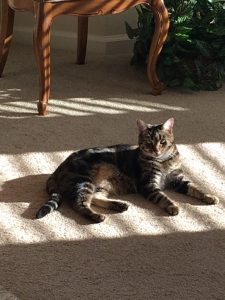 In their new space, Blake and Mercy struggled with the isolation and longingly watched lots of people pass them up for other cats. Their shyness would slowly melt away with certain members of our Cat Staff, though. We even were able to feature them on a Pet of the Week Segment on KOLO 8 News with Rebecca Kitchen! 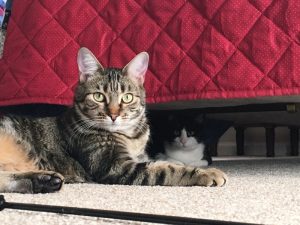 Now living in a happy home, Mercy has been renamed to Jodie, and Blake is now Heidi. 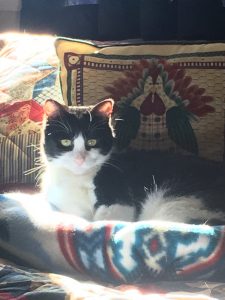 “They are both settled in now, with Heidi having taken a bit longer to relax and trust.  It’s been a thrill seeing her slowly emerge to a curious, playful kitty.  Jodie was “at home” almost immediately.  The girls have a special bond and it’s fun to watch when they get the crazies with one another.” – Terry

Thanks to the generosity of our supporters, we can give thousands of pets like Blake and Mercy a second chance. Donate today to make a difference to a pet in need.